Egyptian President Mohammed Mursi’s national security adviser is reported as saying “a military coup” is taking place in Cairo and one media source says Egypt’s security services have placed a travel ban on the president and senior Islamists. Soldiers have erected barbed wire and barriers around a barracks where Mursi is located.

The state news agency has reported that under the terms of a new military-backed plan, there will be a short period of interim government followed by fresh presidential and parliamentary elections.

Tens of thousands of anti-Mursi protesters are gathered in Tahrir Square, demanding that their President – who was elected only last year – stand down.

Meanwhile, not far from Tahrir Square, pro-Mursi supporters are holding a rally of their own. Euronews’ Cairo correspondent Mohamed Sheikhibrahim reported that armoured vehicles and personnel carriers have moved in on that demonstration in order, the military said in a statement, to secure the area. In the same statement the military denies attacking Mursi’s supporters.

According to President Mursi's Facebook page, he wants to form a coalition government ahead of new parliamentary elections, and a new independent committee for constitutional amendments. He also said he holds “political parties that boycotted previous calls for dialogue largely responsible” for the unrest.

Gehad El-Haddad, a spokesman for the Muslim Brotherhood, has issued the following statement via Twitter: gelhaddad Gehad El-Haddad #Military is not a political actor 2 negotiate anything. It belongs in the barracks under leadership of its commander in-chief.

The US state department has said that it is unable to confirm whether there is a coup under way in Egypt. It added that Mursi must do more to listen and be responsive to the concerns of the Egyptian people and also urged all sides to talk to each other and lower the level of violence. 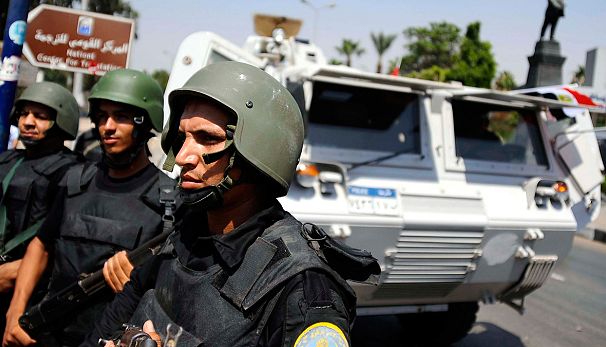