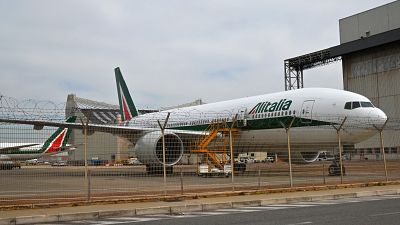 Italian airline Alitalia has announced that all flights from October 15, 2021 will be cancelled.

The airline is officially closing, so passengers with flights booked after October 15 should read on for what to do next.

Why is Alitalia closing?

Italy has struggled to find investors to save the bankrupt airline after it was put into state administration in 2017. The airline had not turned a profit since 2002.

The situation has been made worse by the pandemic which saw flights grounded around the world for months. Alitalia will now cease operations entirely later this year.

In 2019, before COVID-19 hit, the airline carried 21.3 million passengers to 81 different destinations with 3,600 flights every week. Until recently it employed more than 10,000 staff. So far it has been announced that Alitalia staff will be considered for the 2,800 staff the new airline ITA will need. More on them below.

What do I do if Alitalia has cancelled my flight?

The options for passengers with flights after October 15 are a little complicated. But it does seem that you will be able to fly, or get a refund.

Alitalia has said it wants to "manage the situation in a clear and transparent way, safeguarding consumers."

It’s important to note that you’ll have the most options available if you bought your Alitalia flights before August 24 2021, with a ticket number that starts with “055”. This is the first thing to check.

The good news is that the airline is getting government support- and this will be passed on to passengers. The Italian government has created a €100 million fund to reimburse customers of the airline.

It comes after the country agreed a bailout deal with the EU to create a new debt-free company that would take over its assets.

Italian newspaper Corriere Della Sera estimates that there are around 250,000 people who were due to fly with Alitalia after October 15.

The company says that these customers have two options: replace their flights with an equivalent Alitalia flight before that date or receive a full refund.

If replacing their ticket, passengers can either rebook or reroute their original journey. Rebooking involves changing your flight to one before October 15th but arriving at the same destination. This option is free.

It is also possible to change the destination to travel before this date or reroute your flight. But this might incur additional costs if the price of the flights is different. If the new flight is cheaper then there will be no reimbursement of the price difference and international flights cannot be changed for national ones or vice versa.

You can find out more about requesting a change or refund here.

From midnight 25/8 Alitalia will no longer sell tickets for flights from 15/10. It will be possible to rebook the flight within 14/10 or request a full refund. Soon a direct communication will be sent to all customers with further instructions. More info https://t.co/TqC0Gt8iIWpic.twitter.com/DT7jMi4bqJ

What is Alitalia being replaced with?

Alitalia will be replaced by state-owned ITA (Italia Trasporto Aereo) which will begin flying on October 15th after being given the green light by Italy’s civil authorities.

It is an entirely new airline, not a reformation of Alitalia after bankruptcy.

ITA will buy 52 of Alitalia’s aircraft alongside its airport slots and other assets. It plans to operate flights to destinations including New York, Boston, Miami, Tokyo and numerous European cities from airports in Rome and Milan. The airline hopes to slowly grow its fleet to 105 planes by 2025.

Earlier this year Alitalia staff demonstrated in Rome, demanding a bailout for the company and protesting the EU which they said was delaying its rescue.

ITA will start with 2,750 employees, many of these are likely to be previous Alitalia staff. Numbers are set to rise to 8,850 over the next few years but that still leaves the fate of around 2,000 workers up in the air.

Original bookings from Alitalia will not be valid for ITA and to fly with the new airline passengers will be required to book through the company’s new website, travel agencies or airport offices.

What if I have unused MilleMiglia air miles?

If you are due to fly on a MilleMiglia award ticket after October 15 you can rebook to take the whole journey before October 14 with Alitalia or a SkyTeam partner.

You can also change your destination.

With travel so complicated at the moment, many will not be able to do this, of course. In which case Alitalia says they will refund you the MilleMiglia air miles, including taxes and surcharges.

If you have unused MilleMiglia air miles, you're not alone. It's estimated that customers have around 5 million they haven't yet been able to use. In short, it's unclear what you'll be able to do with unspent miles after October 15.

Under European Commission rules, the MilleMiglia loyalty programme can not be bought by ITA. It must be put out to tender. There is a possibility that it could be bought by another company and operated for ITA but there is no guarantee this will happen.

It could be bought by a company outside of the aviation industry too meaning air miles could become loyalty points for a totally different type of reward such as supermarket loyalty points.

Eturbonews reports that once the programme has been bought, the new owner will decide, after October 15, how MilleMiglia miles will work.

How could Miles For Migrants help?

If you have unused air miles from any airline and you would like them to be put to life-saving use, Miles for Migrants could be the answer.

In its own words, the American charity "uses donated frequent flyer miles, credit card points, and cash to help people impacted by war, persecution, or disaster reunite with loved ones and start new beginnings in safe homes."

It is currently appealing for donations to give people in Afghanistan safe passage out of the country, which recently fell under Taliban rule.

With travel so difficult at the moment, donating your air miles, cash or credit card points could be the perfect way to help someone in need and feel good about yourself too.