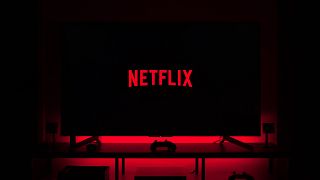 Netflix has agreed to have its audience figures measured by an independent body for the first time.

The streaming service, which has 200 million users worldwide, has agreed to sign up to Barb; the Broadcasters' Audience Research Board, which measures UK viewing numbers.

So far the company has only released snapshot figures of its most watched programs, and this new move will open it up to scrutiny from competitors and journalists alike.

"Back in 2019, at the RTS conference in Cambridge, I welcomed the idea of Netflix audiences being measured independently,” says Netflix co-chief executive Reed Hastings.

"We've kept in touch with Barb since then and are pleased to make a commitment to its trusted measurement of how people watch television in the UK."

When can I see the Netflix viewing figures?

The figures for Netflix will be available from 2 November and will coincide with the release of the fifth season of ‘The Crown’.

Netflix will likely be joined by the likes of Amazon and Disney+ on Barb, as the body seeks to list any service that accounts for more than 0.5 per cent of viewing.

"Our audience measurement continuously adapts to accommodate the new platforms and devices that are being used by people to watch their favourite television shows,” says Justin Sampson, chief executive of Barb.

"We took a big step forward last year when we started reporting audiences to streaming services.

"Netflix's commitment to Barb sends a clear signal that what we're doing is valuable to new and established players in the market."