British physicist Stephen Hawking, who dedicated his life to explaining some of the most complex questions about life and the universe, has died age 76.

Hawking died peacefully at his home in Cambridge, UK, in the early hours of Wednesday, said a family spokesman.

"We are deeply saddened that our beloved father passed away today," his children Lucy, Robert, and Tim said in a statement. 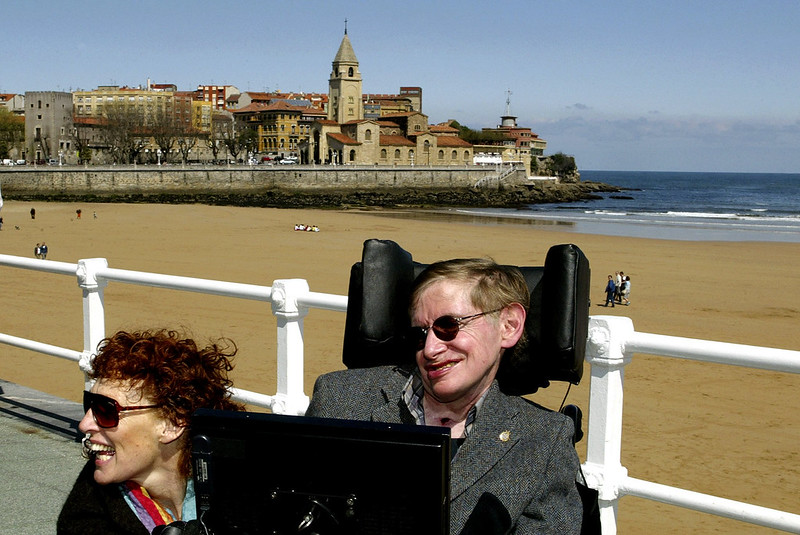 Hawking's work ranged from the origins of the universe itself to the mysteries of black holes in space and relativity. One of his popular science books, 'A Brief History of Time', stayed on the Sunday Times best-sellers list for no fewer than 237 weeks. The sub-molecular world of quantum theory can predict what happens at the beginning and end of time, he once said.

“He was a great scientist and an extraordinary man whose work and legacy will live on for many years,” his family said. “His courage and persistence with his brilliance and humor inspired people across the world.”

Hawking was confined most of his life to a wheelchair as his body was ravaged by the wasting motor neurone disease he contracted at age 21. As his physical worsened, he had to resort to speaking through a voice synthesizer and communicating through small gestures.

Some of Hawking's best quotes

The famous physicist was also known for his inspirational quotes. Here's a selection of a few of them:

— “One, remember to look up at the stars and not down at your feet. Two, never give up work. Work gives you meaning and purpose and life is empty without it. Three, if you are lucky enough to find love, remember it is there and don't throw it away.”

— “We are just an advanced breed of monkeys on a minor planet of a very average star. But we can understand the Universe. That makes us something very special.”

— “Quiet people have the loudest minds.”

— “Life would be tragic if it weren't funny.”

— “My goal is simple. It is a complete understanding of the universe, why it is as it is and why it exists at all.”

— "I believe the simplest explanation is, there is no God. No one created the universe and no one directs our fate. This leads me to a profound realization that there probably is no heaven and no afterlife either. We have this one life to appreciate the grand design of the universe and for that, I am extremely grateful."

— "Although I cannot move and I have to speak through a computer, in my mind I am free."

— "We are in danger of destroying ourselves by our greed and stupidity. We cannot remain looking inwards at ourselves on a small and increasingly polluted and overcrowded planet."

— "My disabilities have not been a significant handicap in my field, which is theoretical physics. Indeed, they have helped me in a way by shielding me from lecturing and administrative work that I would otherwise have been involved in. I have managed, however, only because of the large amount of help I have received from my wife, children, colleagues and students. I find that people in general are very ready to help, but you should encourage them to feel that their efforts to aid you are worthwhile by doing as well as you possibly can."