Poland may have kicked a near-total abortion ban into the long grass but women’s sexual and reproductive rights have taken a hit in the last year, campaigners have told Euronews.

Around 100,000 people hit the streets on October 3 last year to protest against moves to outlaw all cases of women terminating their pregnancies.

But activists claim women’s rights have still been hit over the last year as the government introduced more subtle changes to discourage abortion.

They include women being offered a financial incentive of 4,000 złoty (936 euros) to go ahead with giving birth even in the knowledge the baby will be disabled.

There has also been a law change so that the morning-after pill is now only available by prescription, rather than over-the-counter, as before.

‘I was just a girl who had four miscarriages, now I’m an activist’ 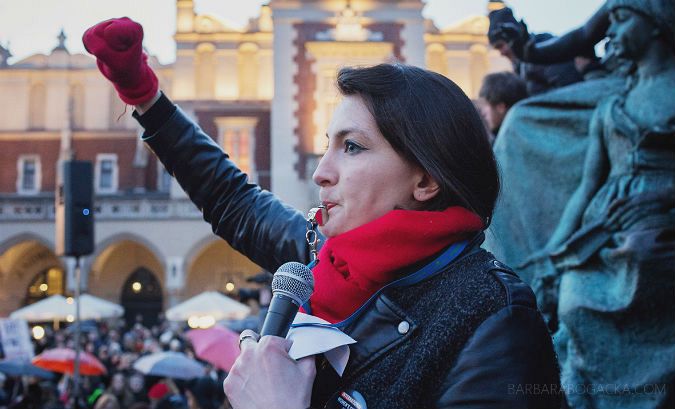 Even before these latest tweaks the staunchly Roman Catholic country had some of the strictest abortion laws in Europe.

It only allowed terminations in cases of rape, incest, when there was a threat to a pregnant women’s health or when the baby is likely to be permanently-handicapped.

“I wasn’t an activist until October 3 last year, I was just a girl that had four miscarriages,” said Lana Dadu, speaking to Euronews ahead of collecting signatures in Krakow for a petition calling on abortion laws to be liberalised.

“When I was coming out with my story, I heard lots of similar stories. There were a lot of girls saying the law wasn’t working – they were raped and they didn’t get an abortion.

“They say it was because of doctors were saying it’s against my conscience to do that, I’m Catholic, I can’t do that.

“There are a lot of those stories and they are terrifying. Everything is going on in Poland underground, it works very well for abortion.”

It is thought less than 2,000 legal abortions take place in Poland each year, while there are no statistics on how many illegal terminations take place. NGOs estimate annually up to 150,000 women travel to neighbouring countries such as Slovakia and the Czech Republic to have the procedure.

“So in the official statistics we have very small numbers [of legal abortions],” said Dorota Kawęcka, a women’s rights activist.

“And the number of abortions because of rape is tiny because most women don’t report it to the police because they know they will not get much help. Or they know the person who did it. And it’s also much quicker to have it underground in Slovakia than to go to hospital here where you will be sent from one doctor to another by which time it’s too late.”

What do Poles think about abortion?

Even activists fighting for a loosening of abortion laws in Poland do not argue they have a majority of the population behind them.

A poll by the Centre for Public Opinion Research in 2014 found 65 percent of respondents thought abortion was ‘morally inappropriate’.

Despite this Kawęcka, a member of the left-wing Razem political party, believes attitudes are softening.

“The awareness is bigger and while they might not call themselves feminists more people are thinking about it,” Kawęcka said, speaking to Euronews at Spółdzielnia Ogniwo, a cultural co-operative in Krakow.

“It’s causing them to reflect about what’s happening and a lot of them realise that where things are decided is the parliament.” 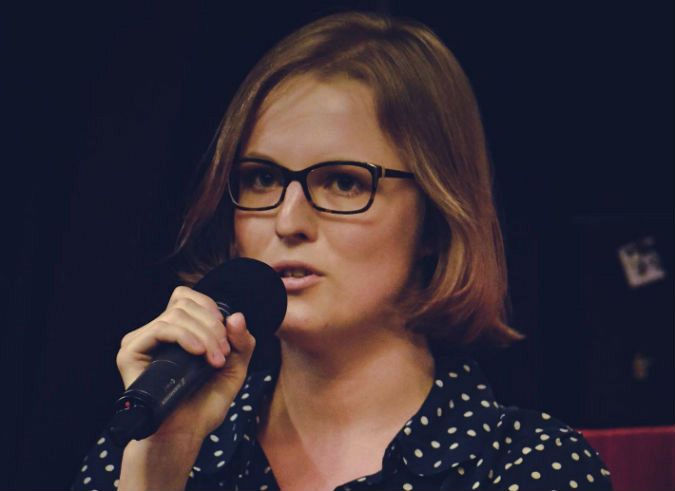 Her view is backed by a Pew Research Center survey published this year that revealed 51 percent thought abortion should be illegal in most or all cases, against 41 percent who wanted it legalised for most or all situations.

Nevertheless rallies this month to mark the anniversary of Poland’s October 2016 protests attracted just a fraction of the people seen on the streets a year ago.

Will abortion laws be tightened further?

While the ruling Law and Justice (PiS) party has dropped the idea of a near-total abortion ban for now, there is little optimism among campaigners.

They say there is no prospect of restrictions being eased and that the government is trying to intimidate protesters.

She said while officials claim the action was linked to an investigation about their funding, it was likely to hamper them in their campaigns.

“The NGOs targeted, BABA Foundation and the Center of Women’s Rights, seem to agree that the actions conducted were clearly repressive in their nature.

“The impact is immense, a chilling effect has taken place, because crucial documentation was taken, no work can be done by the NGOs, which are very much needed.

“We are of course seeing some counter-action: signatures are being collected to introduce a draft bill for the liberalisation of abortion laws, but quite honestly it is impossible to be passed today.

“It can only get worse, and I personally believe the government will pass the ban on abortion because of the deformity or disability of the fetus, since it clearly takes into consideration the wishes of the Catholic Church.

“On a positive side note, more and more girls and women are becoming aware of their rights. They are not moving abroad, but staying and fighting for those rights.”

What do you think? Are Poland’s abortion laws too weak or not strong enough? Have you got a story to tell on the issue? Contact me: chris.harris@euronews.com