Engineers began checking on Monday buildings on the island of Kefalonia (Cephalonia), which was rocked by a 5.9-Richter earthquake on Sunday afternoon.

Experts from ministries, regional authorities and public organizations travelled to the Ionian island to inspect the damage done by the quake and the numerous aftershocks that followed.

The earthquake caused residents to run out of their homes, with many preferring not to return overnight. Employees at the island’s airport also refused to return to the building to complete check-in for a flight to Athens. Passengers’ documents were eventually checked outdoors.

A passenger ferry with the capacity to host 700 passengers docked at the island, while another vessels that can carry 1,300 people is due to reach Cephalonia on Monday to help provide shelter for residents.

The extent of the damage was not immediately clear but Interior Minister Yiannis Michelakis, who visited the island on Sunday, said it was not serious.

“We had some minor injures, with initial information indicating that seven people were wounded, mostly from falling masonry,” he said. “The buildings withstood the earthquake and no serious damage has been reported.”

Michelakis added that rockfalls had damaged roads on the island, which suffered extensive damage during an earthquake in 1953.

He added that public buildings would be the first to be checked. Schools on the island will not reopen until engineers have deemed them safe.

The Great 1953 Ionian Earthquake struck the southern Ionian Islands in Greece on August 12, 1953. In mid-August there were over 113 recorded earthquakes in the region between Kefalonia and Zakynthos, and the most destructive was the August 12 earthquake. The event measured 7.2 on the surface wave magnitude scale, and it raised up the whole island of Kefalonia by 60 cm, and caused widespread damage throughout the islands of Kefalonia and Zakynthos.

The quake struck at 09:24 (UTC) or 11:24 (local time) and the Royal Navy vessels HMS Gambia and HMS Bermuda were among the first on the scene. In addition, four Israeli warships received calls for help coming from the Island of Kefalonia and the ships headed to the island. The sailors provided emergency medical aid, food, and water. This was the first time Israel provided aid to a disaster-stricken area. 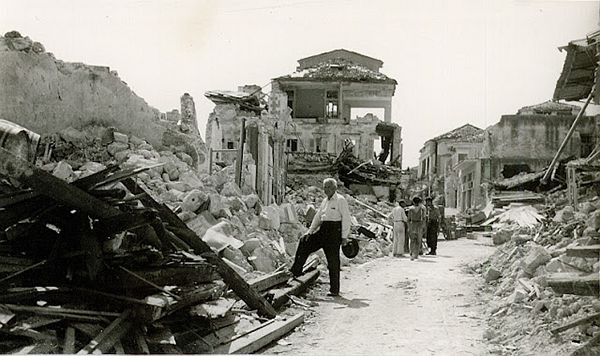 The earthquake is generally known as the great Kefalonia Earthquake, but damage was very heavy in the capital of Zakynthos. Only two buildings survived the earthquake there and the rest of the island’s capital had to be rebuilt. Argostoli, the capital of Kefalonia, suffered substantial damage and the whole of Kefalonian buildings were flattened except for Fiskardo’s in the far north. 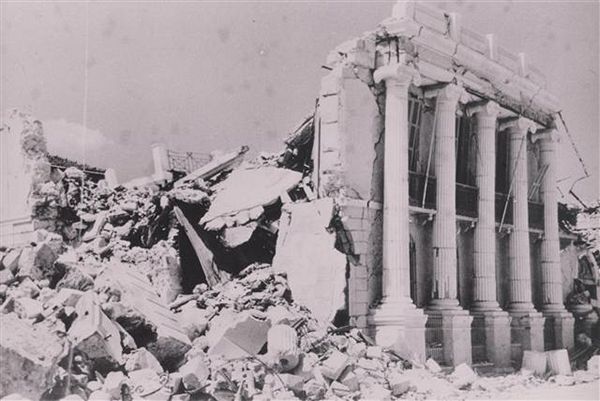 As well as causing major destruction on the two islands, the economic impact of the earthquake was far greater, and damage was estimated to have totaled billions of Drachmas. Many people fled the island after the earthquake: some people temporarily moved to the capital, however the majority immigrated out of Greece entirely to countries such as Canada, USA or the UK, leaving both the islands and their economy in ruins. 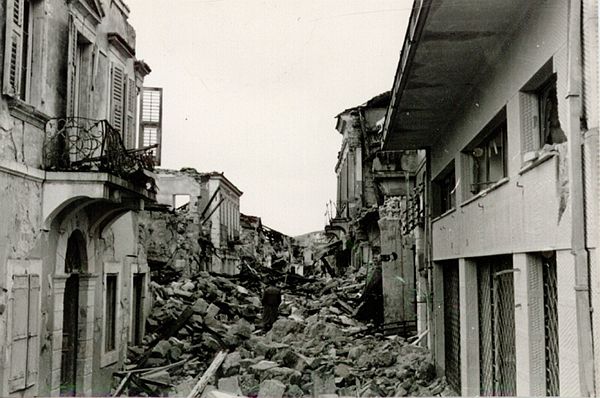