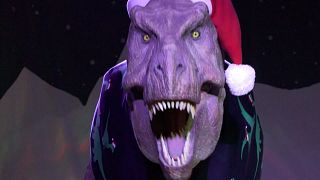 This week, a Turkish shopkeeper rescued a cat who fell from the third floor of a building.

This week, a Turkish shopkeeper rescued a cat who fell from the third floor of a building.

Iran fans sang protest songs outside the stadium in Doha, Qatar, during the FIFA World Cup.

Employees at the world's biggest Apple iPhone factory have been beaten and detained in protests over contract disputes amid anti-virus controls, according to employees and videos posted on social media.

London's Natural History Museum icon, the animatronic Tyrannosaurus rex, won't be catching a cold this winter thanks to his woolly Christmas jumper.

On Tuesday 22 November, the European Parliament marked 70 years of democracy.

Choreographers Anne Teresa de Keersmaeker and Némo Flouret took over the Louvre Museum with dance performances in front of the works of art.