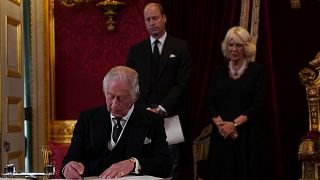 The UK’s Accession Council, senior politicians, and advisers to the monarch attended a ceremony in St. James’s Palace, which officially declared King Charles III as the country’s monarch.

The event is a constitutional and ceremonial step meant to introduce King Charles III to his country.