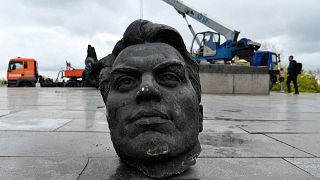 The installation was gifted to Ukraine by the Soviet government in 1982 as a symbol of the relationship between Russia and Ukraine.

Kyiv City Council announced Monday that it would remove the statue along with 60 other monuments in the capital.