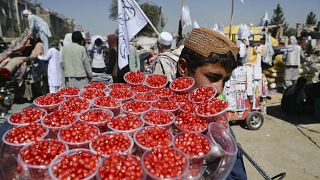 With a new interim government installed in Afghanistan, the Taliban are transitioning from militant force to governing power after their takeover of power last month. And the Afghan people are adapting to a new reality.

Fighters in Afghanistan's Panjshir vowed to battle the Taliban to the last man, but nearly two weeks after the hardline Islamists celebrated victory, parts of the rugged valley lie empty and abandoned. Families fled as the Taliban swept through.

The only people busy in the valley are heavily-armed Taliban fighters patrolling roads and guarding roadblocks.