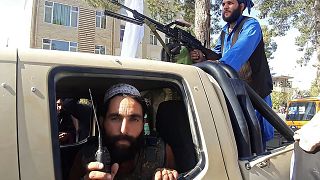 The Taliban took over the city of Herat, Afghanistan's third biggest city, according to a government security source, completing their sweep of the country's south in a lightning offensive that is gradually encircling Kabul, just weeks before the US is set to officially end its two-decade war.

The governor was on route to the airport to depart for Kabul.

The insurgents have taken 18 of the country's 34 provincial capitals in recent days.

The Taliban now control more than two-thirds of the country.

While the capital of Kabul isn’t directly under threat yet, the losses and advances elsewhere further tighten the grip of a resurgent Taliban.