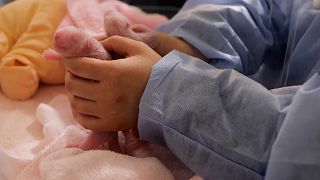 Their mother Huan Huan and father Yuan Zi are at Beauval on a 10-year loan from China aimed at highlighting good ties with France.

The twins are their second and third cubs after the first panda ever born in France, Yuan Meng, in 2017.

The cubs will not be named before 100 days. They will spend a few years in France before being sent to China, the zoo said.

Other nations in Europe also have giant pandas, including Austria, Britain, Belgium, Germany, the Netherlands, Spain and Finland.

There are about 1,800 pandas living in the wild in China and about 500 in captivity worldwide.