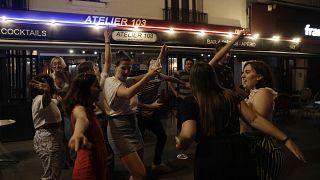 France lifted the nationwide coronavirus curfew on the eve of the annual Fête de la Musique that celebrates the beginning of summer and usually brings millions of music lovers out on the streets for a combination of organised events and impromptu concerts on street corners and cafes.

While the government scrapped the obligation to wear face masks outdoors, it was still needed in crowded places.

The gathering of more than 10 people in public spaces was also prohibited.

In several big cities sushas Paris and Marseille, police had to interfere to disperse the crowd.