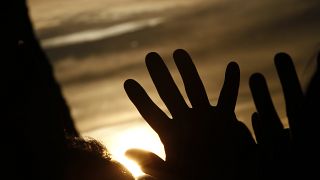 A crowd gathers inside the ancient stone circle of Stonehenge at dawn on the morning of the northern hemisphere summer solstice, Monday 21 June, despite English Heritage, which manages the site, saying it would be closed to visitors and that a live web video stream would be set up instead. Revellers jumped the fence to celebrate inside the historic monument.

In Russia summer starts with "a powerful ridge of the subtropical anticyclone stretching over the territory of European Russia from the Iranian highlands."

According to forecasts of Roshydromet (Federal Service for Hydrometeorology and Environmental Monitoring of Russia), abnormally hot weather is expected in Moscow from 20 June to 25 June, with an average daily air temperature of 7-10 degrees Celsius above the climatic norm.

The Ministry of Emergency Situations of Russia has announced an orange level of weather danger in Moscow and the Moscow region, rescuers recommend avoiding overheating, to wear hats, to drink more water, and to not leave children unattended when swimming.