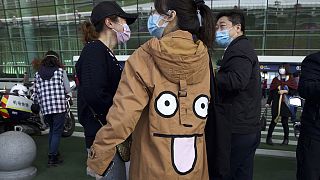 The city's 11 million residents are now permitted to leave without special authorisation as long as a mandatory smartphone application powered by a mix of data-tracking and government surveillance shows they are healthy and have not been in recent contact with anyone confirmed to have the virus.

A total of 276 passenger trains will leave Wuhan on Wednesday for destinations including Shanghai, Shenzhen, Chengdu and Fuzhou, with an estimated total of 55,000 travellers.

Disinfection work has already been done in all stations and trains, along with other preparation work prior to the reopening of services.