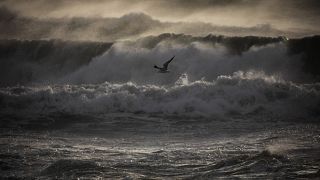 The ports of Valencia and Gandia were closed to shipping traffic as a precaution, while Alicante airport was also closed, causing the cancellation or diversion of 190 flights.

A red weather alert has been raised in the Altiplano area in the north of Murcia, after nearly 20 centimetres of snow fell on Monday.

Gloria also brought snowstorms across the north of the country. In Asturias, a man was killed after being hit by a vehicle on a snowbound road, a spokeswoman for the emergency services said.

Local media reported he was struck while fitting chains to his car.