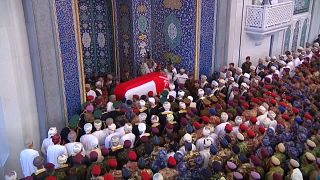 Oman's culture minister Haitham bin Tariq has been sworn in as royal ruler after the death of his cousin Sultan Qaboos, who transformed his nation and became a vital mediator in a turbulent region.

Qaboos, who died on Friday at the age of 79 as the longest-serving leader of the modern Arab world, came to power in 1970 when he deposed his father in a palace coup.

He had been ill for some time and was believed to be suffering from colon cancer. Qaboos had left no apparent heir. He was unmarried, had no children or brothers and his successor was to be chosen in a meeting of the royal family.

Under the Omani constitution, they had three days to make a decision and if they failed to agree, the person chosen by the late sultan in a sealed letter would succeed him.