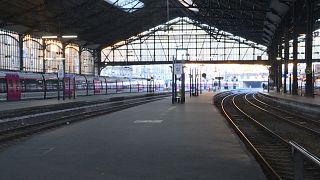 On the 26th day of the SNCF and RATP strike, passengers at Gare Saint-Lazare are adapting to the transport problems which have become a daily occurrence. As the dispute over pension reform drags on, some are urging railway workers to accept the changes, while others say they understand their anger.

The French government exchanged bitter accusations with a key trade union on Sunday over who was to blame for France's over three-week-long transport strike against pension reforms.

Deputy Transport Minister Jean-Baptiste Djebbari accused the hardline CGT union of "systematic opposition to any reform" while the union's chief Philippe Martinez charged the government with strewing "chaos" in the conflict.