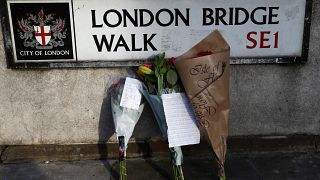 He was accompanied by his Home Secretary, Priti Patel, and the heads of the Metropolitan Police and City of London Police.

Afterwards, Johnson paid tribute to the police, the emergency services and members of the public for their "incredible" response and "sheer bravery".

He also repeated that if he was re-elected on December 12, he would introduce tougher rules on sentencing serious and violent offenders.

Johnson's comments were made after authorities revealed that the attack suspect, named by police as Usman Khan, was sentenced on terror offences in 2012 but was released from prison on licence.

The 28-year-old was shot dead by police after two people were killed and three others were wounded in Friday's stabbing.

The police commissioners briefed the mayor on how the attack suspect Usman Khan stabbed several people before being tackled by bystanders and shot dead by officers on London Bridge.

Forensic officers on November 30 examined the scene of a stabbing spree on London Bridge that left two people dead and the attacker fatally shot by police.

Wearing a fake suicide vest and wielding knives, British man Usman Khan went on the rampage November 29 afternoon at a conference on criminal rehabilitation at Fishmonger's Hall beside London Bridge. He was wrestled to the ground by bystanders and then shot dead by police.

A large area around London Bridge and Fishmonger's Hall on the north side of the River Thames remained cordoned off by police on Saturday, while forensic officers gathered evidence.

Khan, whose family is from Pakistan-controlled Kashmir, was convicted in 2012 for his part in an al-Qaeda-inspired plot to blow up the London Stock Exchange. He was released in December 2018 subject to conditions.