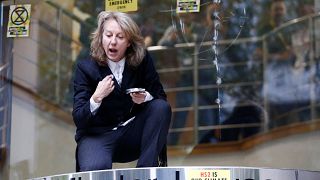 Britain's High Court said separate gatherings, even if co-ordinated by one organization, could not be defined as a single "public assembly" and the officer who set the ban was not present at the scene.

Therefore a ban on any Extinction Rebellion in London other than at Trafalgar Square was unlawful and would be quashed, it said.

Ellie Chowns, a Green member of the European Parliament who was arrested while the ban was in place, said the ruling defended the right to peaceful assembly and public protest.

London's Metropolitan Police Service said it was disappointed by the judgement. The police said 1,828 people were arrested in 10 days of protest, with 165 charged by November 6.