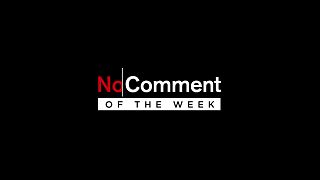 Cossacks gather in Russia to show off their ferocious sword skills

North Macedonia hairdresser Svetlana Grozdanovska's creations are a cut above the rest.

In her salon in Krivogastani, 150 km (93 miles) south from capital Skopje, Grozdanovska uses trimmings from her clients' haircuts to make portraits of local and internationally renowned celebrities.

After seeing portraits made from hair by other stylists online she decided she would try to make her own, starting with Serbian tennis player Novak Djokovic.

Grozdanovska filmed her creation and uploaded it onto social media, where she quickly gained attention from the public and local media.

A town in Ukraine is so besotted with its goats it holds a beauty contest every year for them.

It makes for quite a sight: goats in bright dresses, embroidered shirts, skirts and floral crowns. One is even dressed up as a bride.

This year's festival was the fourth to be held in the town of Kozova, which means "goat's town" in Ukrainian.