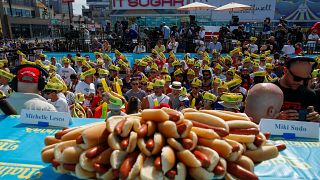 In front of a crowd of fans and facing 17 opponents, the California native far exceeded his nearest competitors.

This is the 103rd year of the contest, which was first held at Nathan's original restaurant.