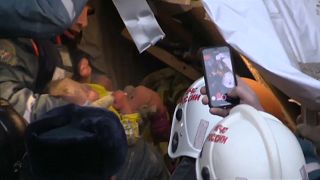 A baby boy has been found alive after 35 hours spent in the freezing cold in the rubble of a Russian apartment block that partially collapsed in an explosion, emergency officials reported, calling it a miracle.

The blast, thought to have been caused by a gas leak on New Year's Eve, damaged 48 apartments in a 10-storey building in the industrial city of Magnitogorsk on Monday, killing at least seven people with 36 people still missing.

The baby was found when a rescuer heard him crying and "a large-scale operation was immediately organised," Interfax news agency reported, citing emergency officials.