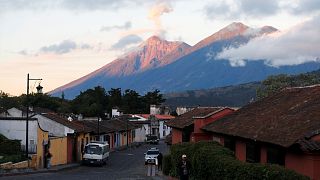 Thousands of Guatemalans have been ordered to evacuate after the eruption of the country’s Volcan de Fuego, or Volcano of Fire, on Sunday.

Images of the volcano showed glowing lava spewing from its summit.

More than 2,000 people living within a 10-kilometre range of the volcano were to decide on whether they should evacuate during a meeting on Monday morning, according to reports.

Leaders from the Panimaché 2, a village which lies at the foot of the volcano, decided to evacuate women after a meeting on Sunday, Guatemala’s disaster coordinator has said.