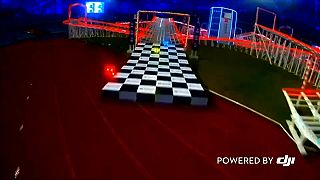 Australia's Rudi Browning took gold at the World Drone Racing Championships on Sunday in the Chinese city of Shenzhen, beating more than 120 other competitors.

The 15-year-old competed with people of all ages during the four-day championship.

Meanwhile, Switzerland's Timothy Trowbridge set a new world record when his drone hit an average speed of 114.2382 kilometres per hour across two runs of a 100-metre straight line track.