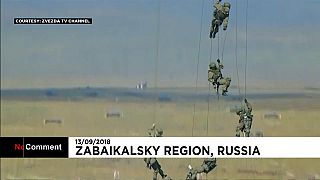 The exercise called Vostok-2018 (East-2018), will run until Sept. 17. and involves deploying additional forces to Russia's far east and a naval build-up involving its Northern and Pacific fleets.

Russia hosted its war games close to the border with China, mobilizing 300,000 troops in a show of force that will include joint exercises with the Chinese army.

Vostok-2018 is taking place at a time of heightened tension between the West and Russia, and NATO has said it will monitor the exercise closely, as will the United States which has a strong military presence in the Asia-Pacific region.