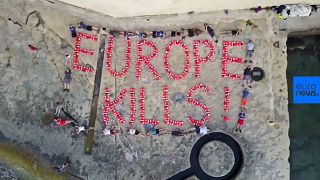 Activists in Malta protested the government's decision to seize rescue vessel Lifeline, effectively preventing it from carrying out further rescue missions of migrants crossing the Mediterranean.

The ship's captain, Claus-Peter Reisch, was charged by Maltese courts last week for lacking proper registration and license. He was released on bail after protesters rallied outside of the courthouse for his release.

Another similar protest was held outside of the courthouse last Saturday.

"[This event] puts pressure on all states in Europe to take responsibility for people in need of shelter, who need protection," organiser Carola Rackete told The Malta Times.