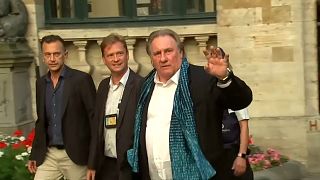 French actor Gerard Depardieu was awarded a medal by the city of Brussels on Monday (June 25).

The actor was angered by the presence of reporters at the official award ceremony, saying he didn't like journalists and requested for them to leave.

Depardieu told reporters at the film festival that he was excited to present "Going Places", in which he stars as a young troublemaker, calling it a "cult film".

Depardieu lived in the Belgian town of Nechin near the French border for five years, having moved in 2012 to avoid a series of tax hikes on the wealthy by the then-socialist French President Francois Hollande.