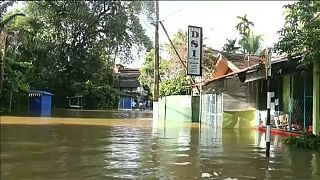 Heavy monsoon rains in Sri Lanka have killed at least eight people, authorities said on Tuesday (May 22), prompting them to deploy forces to help evacuated people trapped in six districts.

A spokesman for the disaster management said flooding has forced the evacuation of people in low-lying areas where four main rivers have reached flood levels, while four districts are on "red alert" for possible landslides. About 38,000 people have been affected by the floods.

Spill gates of many reservoirs had to be opened across the Indian Ocean island.

May kicks off the monsoon season in Sri Lanka's south, usually the region's wettest time of year, running until September. From November to February, the northwest monsoon also brings the island heavy rain.