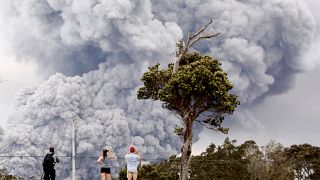 Hawaii’s Kilauea volcano spews “ballistic blocks” the size of microwave ovens, in what may be the start of explosive eruptions that could throw ash plumes and small rocks for miles.

Such eruptions, last seen nearly a century ago, have been a looming threat since Kilauea, one of the world's most active volcanoes, erupted nearly two weeks ago.

Explosions in Kilauea's crater sparked an aviation red alert due to risks the ash plume could blow into aircraft routes and damage jet engines.

The US Geological Survey warns that more explosions are expected and could be more powerful.