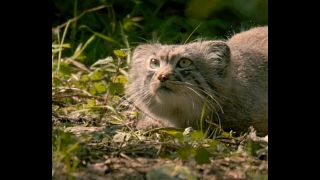 Four rare felines, known as the "world's fluffiest cats" have a new home at Chester Zoo, in the north of England.

The four brothers arrived in the UK from Krakow Zoo in Poland and it's the first time the zoo has cared for the animals, which are known as 'Pallas cats'.

According to Tim Rowlands, Curator of mammals at the zoo, the breed have the densest and longest fur of any cat species, contributing to their endangerment.

Pallas cats are rarely seen in their native southern Siberia, Central Asia and China where they are under threat, according to Chester Zoo.