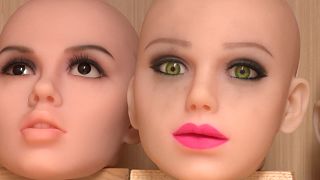 Brothels with sex dolls open in Belgium and France

A new kind of business is emerging in Belgium and in France's sex industries —  brothels offering the services of sex dolls.

Fabrice is the owner of an establishment that offers such services in the suburbs of Brussels. He has three dolls in his brothel named Eva, Gabriella and Lolita.

This "brothel 2.0" is located in a single room in his house and he has already had around 30 clients in 2 weeks.

In Paris, Joachim is setting up a similar business. His new endeavour has already been brought before the Council of Paris where some members wanted to see it closed down — the French brothel eventually escaped closure.

This new arm of the sex industry has raised several issues, notably among women's rights organisations.