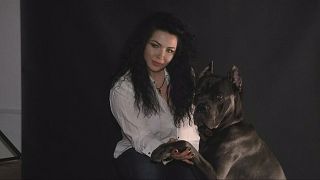 Ukrainian photographer Natalya Kuznetsova knows how to make pets look stunning in pictures and has opened a specialist photo studio for animals in the country's western town of Lviv.

Art Pet was founded only half a year ago, but became so popular among pet lovers that Natalya has at least 30 orders every month.

Being an internally displaced person from rebel-held Donetsk in the country's east, where conflict killed more than 10,000 people within four years, Natalya received her start-up budget of 1,000 euro from the Lithuanian Embassy.

According to Natalya, pets are not the easiest models to work with and need a special approach as they are afraid of camera flashes and semi-dark atmosphere.