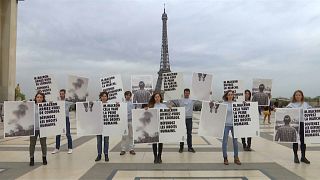 Pressure is mounting on President Emmanuel Macron to scale back military support for Saudi Arabia and the United Arab Emirates, which are leading the coalition fighting the Iran-aligned Houthi group that controls most of northern Yemen and the capital Sanaa.

Lawmakers and rights groups want Macron to suspend weapons sales to the two countries, which are among its biggest purchasers.

Rights groups have urged Macron to use Prince Mohammed's visit to end a blockade of Yemeni ports and work for a diplomatic solution to the conflict there.