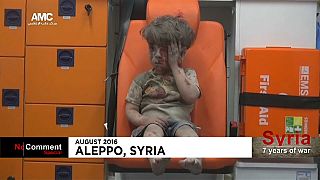 More than half a million dead as Syria's war enters eighth year.

Syria's bloody war entered its eighth year on Thursday with thousands of civilians fleeing deadly assaults on besieged territory, and refugees in camps across its border falling deeper into poverty.

Over the past seven years, Syria's conflict has killed hundreds of thousands of people, driven millions more from their homes, disturbed the regional balance of power and dragged in foreign nations whose rivalry has upset existing alliances.

The conflict grew out of popular protests against President Bashar al-Assad in 2011, and evolved into a violent insurgency and civil war after the government responded with force.