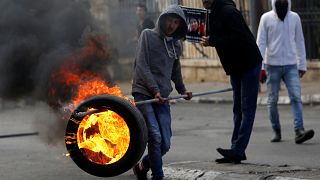 Protests against Washington recognising Jerusalem as the capital of Israel has meant violence breaking out on the streets. Palestinians scuffled with Israeli security forces.

The United Nations had passed a resolution on December 21st rejecting Donald Trump’s declaration on Jerusalem earlier the same month. Unfortunately this has done little to reduce the violence in the region.

Tear gas was fired at Palestinian protestors by Israeli security forces, although no injuries have been reported.

Multiple countries have moved their embassies to Jerusalem following President Trump’s recognition of Jerusalem as the capital. He reversed former US policy which had the embassy in Tel Aviv.