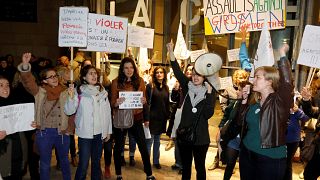 Protests in Paris at Polanski retrospective

A Roman Polanski retrospective in Paris was greeted with protests anfry shouts. The look back at the director’s work was organised by La Cinémathèque Française, the French film institute. Several dozen activists, among them feminists, questioned the timing of the event, which comes as numerous sexual assault claims come to light in Hollywood and elsewhere. Polanski has faced several sexual assault allegations. He admitted to one, which was engaging in unlawful sexual intercourse with a 13-year-old girl in Los Angeles. The French-Polish director left the US before he could be sentenced.