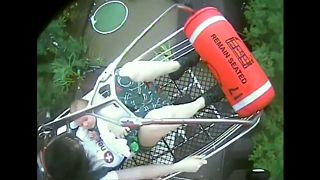 The video released by the Coast Guard showed the mother and her baby being lifted into a helicopter.

The Navy’s Helicopter Sea Combat Squadron was dispatched to assist with rescue efforts on Tuesday.

Over 3,000 homes were underwater and thousands more were threatened by two reservoirs as levels have swollen due to an estimated 35 inches of rain.

In Brazoria County, a levee broke on Tuesday morning, and the county’s chief administrator urged residents to “get out now.”

9,000 people were at the nearly 2-million-square-foot Houston convention center early Tuesday, and local officials began searching for two additional sites as more headed to the city.

Officials defended a decision not to call for a mass evacuation because of the dangers posed by such a move. The 2005 evacuation ahead of Hurricane Rita turned into a nightmare for many in Texas and Louisiana who found
themselves trapped on clogged roadways and running out of fuel.