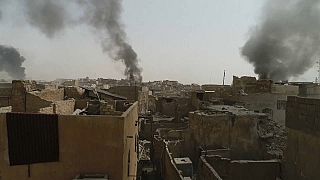 The so-called Islamic State’s brutal rule over the Iraqi city of Mosul is all but over.

The destruction of the al-Nuri mosque marked an end to ISIL as the power in the city and there is no way back for the group.