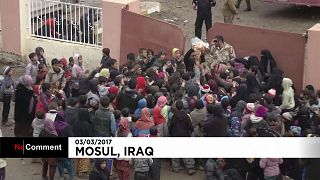 Mosul: citizens flee for their lives

Updated: 03/03/2017
<p>Hundreds of displaced Iraqi civilians poured out of Mosul following advances by Iraqi troops against the militant Islamic State group.</p> <p>The fight to rout IS from western Mosul – the last urban IS bastion in Iraq – is causing higher numbers of displaced people than previously seen in the four-and-a-half-month-long offensive for Iraq’s second-largest city, according to a statement from the United Nations.</p>
no comment