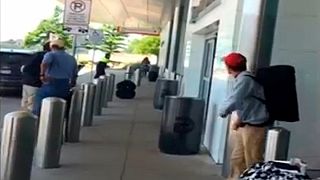 Updated: 11/06/2016
<p>Dallas Police say a man shot on Friday after making a threatening move towards an officer with a rock in each hand at Dallas Love Field airport told the officer, “You’re going to have to shoot.”</p> <p>Authorities have now identified the man shot outside the airport terminal as Shawn Nicholas Diamond of Edgewood, Maryland. At a news conference, Dallas Police Chief David Brown said Diamond was in stable condition at a hospital in the city.</p>
no comment