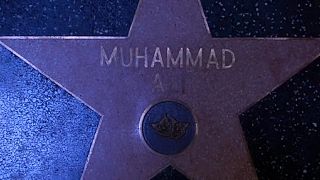 Muhammad Ali, a star is gone

In Hollywood, Muhammad Ali’s star has attracted many people since the announcement of his death.

According to the wishes of the “Greatest”, his star was not set into the sidewalk on the “Walk of Fame” but placed on a wall at the entrance to the Dolby Theatre, home of the annual Academy Awards.

“I bear the name of our Beloved Prophet Muhammad, and I cannot allow people to trample over his name” Ali elaborated, explaining his decision.