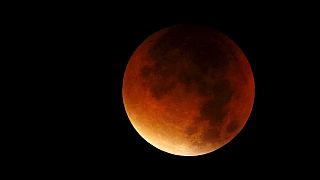 The rare celestial event was caused by the combination of a lunar eclipse with a so-called “supermoon”. That’s what the moon is called when it is in the closest part of its orbit to Earth, meaning it appears larger in the sky. The eclipse made the Moon appear red giving rise to the description “blood moon”. The last time it happened was in 1982 and it won’t happen again until 2033.