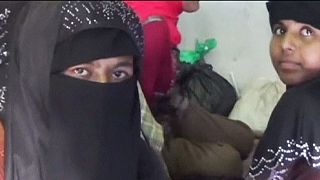 Almost 600 migrants thought to be mainly Bangladeshis and ethnic Rohingyas from Myanmar were rescued from boats off Indonesia’s north Aceh coast. As many as 8,000 people are believed to be stranded after human traffickers apparently abandoned their ships. Some of the migrants have been sent back to sea by Indonesian authorities.