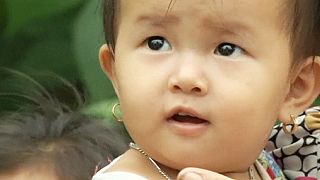 US war veterans visit the area that divided north and south Vietnam as the 40th anniversary of the end of the Vietnam War approaches. The group visited Hien Luong bridge, in Dong Ha which use to mark the division of the country between the Communist-controlled north and the south, which had a government backed by the United States.