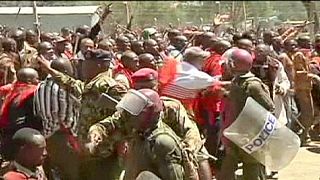 Updated: 27/01/2015
<p>At least seven people were injured on Monday (January 26) in clashes between Kenyan police and protesters from the Maasai ethnic group who accuse a local governor of corrupt handling of tourism funds from the Maasai Mara game reserve, the Kenya Red Cross said.</p>
no comment