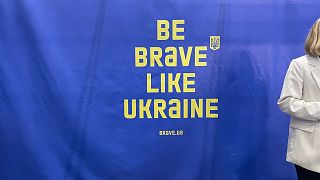 Peruvian ceviche, Sri Lankan traditional dances, Egyptian hand-painted silks, Thailand’s most famous boxer and the garlands of the “Flower Men” of Saudi Arabia. All of this, plus the vibrant colours and thrilling tastes of the world, are currently under one roof in east London.

The World Travel Market (WTM) is in London’s ExCel centre for three days this week (7 - 9 November). The show offers visitors the chance to escape to all corners of the world - while staying within the four walls of an otherwise grey conference centre.

Back in full swing for the first time since the pandemic, this year’s opening ceremony saw a crowd of photographers and journalists following Saudi Arabia’s Minister of Tourism, H.E Ahmed Al Khateeb, and CEO of RX Global, Hugh Jones IV through the centre. Saudi Arabia is the premium partner of WTM for the second year in a row, and has put on a show like no other country.

The country is the fastest growing tourism destination in the world, and its stands at ExCel reflect that: Saudi Arabia seems to occupy half of the Middle East section. There’s also much more on offer than anyone with a superficial knowledge of the country might expect.

Instead of luxury, Saudi Arabia is showcasing its diverse culture, from Saudi coffee (which isn’t actually coffee), to traditional music, and the flower head wreaths worn by the descendants of the ancient Tihama and Asir tribes, who live in the country’s southern provinces of Jizan and Azir.

The Middle East, Africa and Asia Pacific pavilions are a feast for the eyes too, with dances, traditional costumes and centuries-old skills being reproduced for the curious eyes of visitors.

The Kerala stand is among the most impressive here. Two massive, colourful bulls look down on visitors, symbols of the traditional bull race the Indian state holds every year during its world-famous Maramadi festival.

The European pavilion on the other hand, is a little more subdued, a little more business-minded than the rest. Most of all, it’s blue: from the stunning sea of the beaches in Greece and Croatia, to the sky above Paris, the colour blue dominates the European stands.

The stand of the Canary Islands is the exception though. One step away from an art exhibition, here you’ll find bubbles suspended over visitors’ heads, symbols of the islands’ pledge to be a sustainable tourist destination.

Not every country, of course, is present at the fair: Russia, unsurprisingly, is absent, while Ukraine has a tiny, humble stand at the far end of the European pavilion. In its simplicity, it’s the most powerful stand of the entire fair.

Though the Russian invasion of Ukraine is still unfolding, the stand invites people to visit Kyiv when safety returns to the capital.

In the meantime, the stand invites visitors to see what’s actually going on in the country, beyond the international news headlines. To discover how, while war ravages the southeastern regions of the country, life in Lviv continues for the hundreds of thousands of people who have moved to the city since the beginning of the war.

“We're trying to spread information about what is really going on, how we live,” Lidia Fedchuck of the Lviv Tourism Office told Euronews Travel.

“Lviv it's really quite far away from the front, so we do have theatre performances, we have opera nights, we have exhibitions. For the people who have moved to Lviv [after the beginning of the invasion] it is actually really hard to live just listening to the news, sometimes you have to clear your mind. So we do guided tours with these people, as sometimes it’s their first time in Lviv.”

While a trip to Ukraine isn’t recommended at the moment, you can see most of its heritage sites through Pocket City, a project which brings the country’s buildings to life through AR, with the flick of your camera. The project was born out of the desire to preserve Ukraine’s heritage sites from the war.

Walking out of WTM into a busy, buzzing London, there’s no doubt that the world is moving again, shaking off the memory of pandemic-related lockdowns and border closures, hungry for new experiences, for life. WTM offers you the chance to put together the perfect travel wishlist.