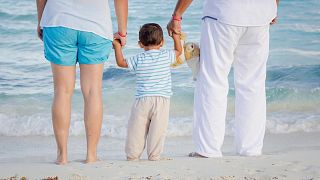 After years of pandemic restrictions, people are keen to make up for lost time and reschedule trips they had to cancel. The number of people looking for ‘cheap holidays’ online has soared, according to Google search data, especially for those planning a break in 2023.

New research from World Travel Market (WTM) shows that 64 per cent of people have already booked or planned a holiday for next year.

Just 16 per cent of people surveyed are scrapping their plans abroad completely.

How are our holidays changing in the face of rising costs?

Though people are still choosing to go on holiday, the kind of break they are booking has changed. Now, it's all about locking in the best deal.

One in five Brits have decided to “trade down” by staying at cheaper hotels and flying with budget airlines. With bills higher than ever and a recession looming it isn’t surprising that people are looking to make the most of their money when booking a break.

But what luxuries are holidaymakers most willing to give up to reduce costs? Almost 40 per cent of people would sacrifice 5* hotels, 33 per cent would give up more legroom and 32 per cent would get rid of extra luggage allowance, according to WTM data.

There are some things we are more reluctant to lose, however. Guaranteed good weather and a location close to the sites were still things people are keen to keep in their annual break.

Why are people still booking breaks despite the cost of living crisis?

With worries about the ever-rising cost of living, it seems unusual that people are still prioritising holidays.

"Many consumers put plans on hold over the last few years for reasons out of their control, and now there is an air of defiance, where people are prepared to make sacrifices to be able to have that break and catch up on those long-awaited holidays," says WTM exhibition director Juliette Losardo.

Of those that are already planning a break, a majority said they were hoping to go away twice next year. The top two types of travel were classic beach holidays and family trips.

The World Travel Market data shows that nearly half of the people that have booked a place in the sun did so because they want something to look forward to.

"With this rebound, we’ve seen trends emerging, such as the interest in sustainable travel choices, and the desire to target those ‘once in a lifetime’ holidays linked to experience rather than just destination," says Losardo.

How can travellers save money during the cost of living crisis?

According to Losardo, when you book your holiday can have a big impact on the price you pay.

"We know from our network, that booking early, at around 11 months out is one of the most cost-effective ways to save," she says.

"Alternatively, if you are a little more adventurous, booking just a couple of days before travel, you can bag a real bargain."

Losardo also says that package holidays bring great value, even if you put them together yourself online rather than booking with a travel agent.

"Other ways to save include travelling at night instead of peak-times, during shoulder season, looking at new or alternative travel methods, and discovering new, cheaper destinations you may not have considered before."