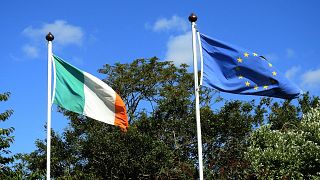 The UK government has approved a rule that will require non-Irish EU residents to apply for authorisation before travelling between Ireland and Northern Ireland.

The requirement, voted through on Tuesday night by a majority of 298 MPs, is part of the Nationality and Borders Bill and has been called “unworkable” by the Committee on the Administration of Justice (CAJ).

Under the new measure, non-Irish EU citizens will have to apply online for an Electronic Travel Authorisation (ETA) before entering the UK from the EU, including when crossing the border between Ireland and Northern Ireland.

The House of Lords had previously voted for an amendment which would have exempted Northern Ireland from the legislation, but this was defeated in Tuesday night’s vote.

Who will be affected by the ETA?

Tens of thousands of cross-border journeys take place every day on the island of Ireland.

Simon Coveney, the Irish Minister for Foreign Affairs said that the decision was “contrary to the approach that the UK and Irish governments have supported for many years to protect free movement on the island for everyone.”

He added that, “our concern on this has been communicated clearly but has been ignored.”

Brandon Lewis, the Secretary of State for Northern Ireland responded to Coveney via Twitter:

The new rule will also apply to citizens of the wider European Economic Area (EEA) who are resident in Ireland, which includes Norway, Liechtenstein and Iceland. Citizens of countries outside of Europe will also need an ETA too.

Why has the bill been introduced now?

The bill is part of the UK government’s wider overhaul of immigration legislation post-Brexit and an attempt to strengthen border security in the UK.

Tom Pursglove, Under-Secretary of State for Justice and Tackling Illegal Migration told MPs that leaving Ireland out of the ETA would lead to “an unacceptable gap in UK border security”.

He went on to state that the UK is “entitled to introduce and change its own requirements in the interest of securing the UK border.”

However, some activists in Ireland believe that the ETA will put pressure on the Common Travel Area (CTA), the long-standing arrangement between the UK and Ireland which predates EU membership. Under the CTA, British and Irish citizens can move freely between the countries and are allowed to reside in either jurisdiction.

Note the language here: "UK and Irish citizens will continue to be able to travel freely" but what about everyone else? And how exactly will the British government monitor the EU citizens and third country nationals crossing the border as part of their everyday lives? https://t.co/3MnvNgiLA5

As the CTA only applies to UK and Irish citizens, the need for more border checks may result in a more difficult border crossing for EU nationals, many of whom travel between the two states on a daily basis.