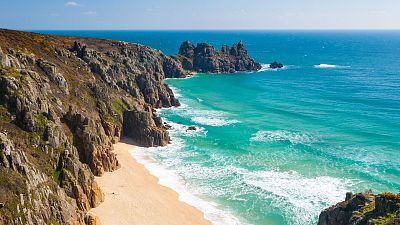 2021 has been quite the year for travel. While foreign holidays were sometimes possible, pandemic uncertainty meant that many people from the UK decided to holiday at home.. And with travel locking down again due to omicron, 2022 is starting to look rather unpredictable too.

So what can we learn about the brave new world of pandemic travel from 2021? When international travel is off the cards, where do Brits want to go? And how do we choose to get there?

Travel search engine KAYAK have pulled together all their data and collated the top UK travel trends of 2021. So if you’re planning a holiday in 2022, this info might help you decide when and where to book and how much you can expect to pay.

“It’s no doubt 2021 was one of the most unpredictable years of travel,” says Laure Bornet, General Manager, KAYAK EMEA.

“We’ve seen throughout this year that travel restrictions will have an impact on travel demand to some degree, but I suspect Brits are becoming more savvy at navigating these changes and will continue to do so into 2022.”

We were all itching to travel by autumn

With the traffic light system in place over the summer, international travel was impossible for many. Many of the UK’s favourite destinations, including Spain, Italy and France, were on the amber list, which put a lot of people off going abroad.

The red, amber and green list had a significant overhaul in October though, and many countries became green. This made October the most popular month for holidaymakers, with 14 October the busiest travel day of the whole year. The days before the October school break were very popular too, with families jetting off to enjoy much needed autumn sunshine.

Though we were flying less in 2021, the cost of air travel still increased as airlines sought to recoup some of their 2020 losses.

Air travel got more expensive across the board, with flights out of the UK increasing by around 29 per cent when compared to 2019.

Air travel got more expensive across the board, with flights out of the UK increasing by around 29 per cent when compared to 2019.

It wasn’t just international travel that went up in price though. Domestic flights saw the biggest price hike, rising by a whopping 33 per cent. Despite this, three million people travelled on domestic flights in the UK between July and September 2021.

This price hike may not last long either, as Chancellor Rishi Sunak announced in the October budget that he plans to cut air passenger duty in half for UK domestic flights, despite the UK hosting COP26 just a week later.

Travellers took to the road

As travellers sought to avoid crowded planes and train stations,. KAYAK saw searches for car hire increase by 155 per cent compared to 2019, while searches for flights dropped by 11 per cent.

Searches for car hire increased by 155% compared to 2019, while searches for flights dropped by 11%.

So where were people driving to? It turns out that the Cornish seaside town of Newquay was one of the most searched destinations in Britain, with a 322 per cent rise in searches compared to 2019. English cities were popular too, with Coventry searches rising by 274 per cent and Cambridge searches by 144 per cent.

Across the Irish sea, Galway was in-demand as well, with a 274 per cent hike in searches.

UK capital cities were a hit

London and Edinburgh were at numbers three and four on the most searched list, but international travel was clearly still on people’s minds.

Some of the usual suspects such as Alicante, Istanbul and New York were also in the top ten, but for the first time Islamabad in Pakistan made it to number one, moving up 11 places since 2019.

This is no surprise though, given that Pakistan had some of the tightest travel restrictions in 2021 and was on the UK’s red list for almost 5 months. This means people were likely to be regularly checking for updates so they could visit friends and relatives.

While those countries were the most ‘outbound’ destinations searched, the most inbound searches for the UK were from the US. This was quickly followed by queries from France, Germany and Denmark.